The data center was being run inside a former NATO bunker in the town of Traben-Trarbach in Western Germany. In total, 600 police officers took part in the raid seizing over 200 servers and arresting 7 individuals at a local restaurant in Schwalbach, a town outside Frankfurt.

According to Deutsche Welle, the bunker is 5,000-square-meter with iron doors, which goes five floors deep underground. The building was located on a 1.3-hectare (3.2-acre) property secured with a fence and surveillance cameras. 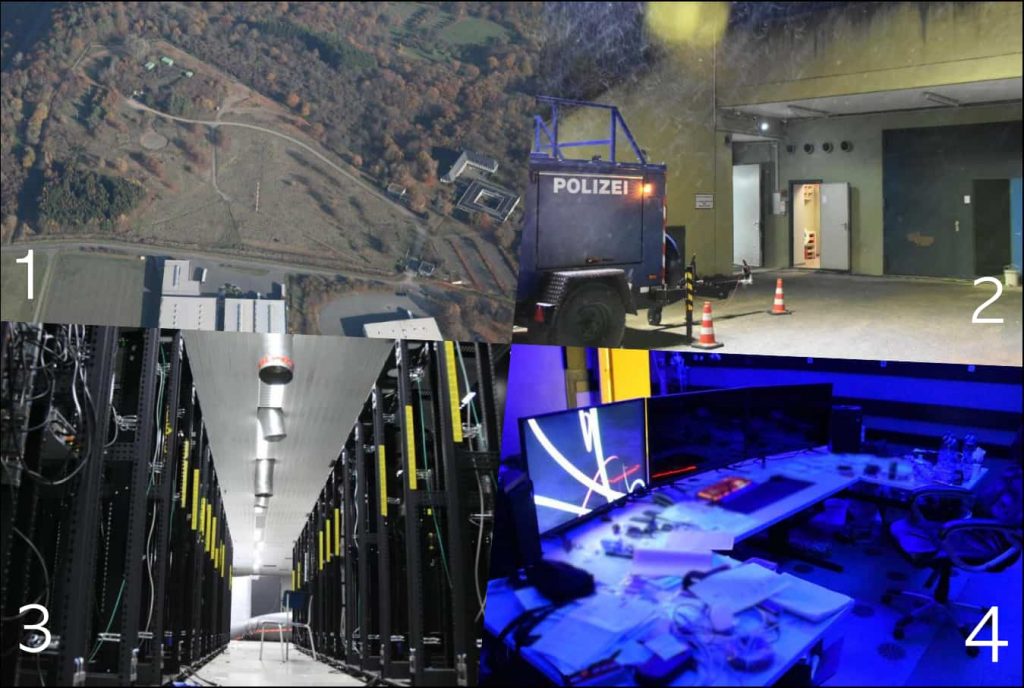 1: The area from a bird’s-eye view – 2: Police entering the bunker – 3: Massive servers inside the data center – 4: “Workplace” in the bunker. Images provided by German Police.

According to AP, the former military bunker was also hosting dark web marketplaces like “Cannabis Road,” “Orange Chemicals,” “Flight Vamp 2.0” and infamous “Wall Street Market” which was seized and shut down earlier this year.

Wall Street was one of the largest dark web marketplaces known for selling illicit drugs, stolen databases, hacking tools, ransomware, and other illegal stuff. Flight Vamp 2.0 was supposed to be the largest Swedish darknet marketplace for the illegal sale of narcotics. There were over 600 sellers and about active 10,000 in the marketplace.

Moreover, the same data center is believed to be used by cybercriminals to carry out 2016’s large scale DDoS attack on Deutsche Telekom, a German telecommunications company.

On the other hand, Brian Krebs reported that German police also managed to seize two dark web domain including cb3rob[.]org and ZYZTM Research in The Netherlands (zyztm[.]com). 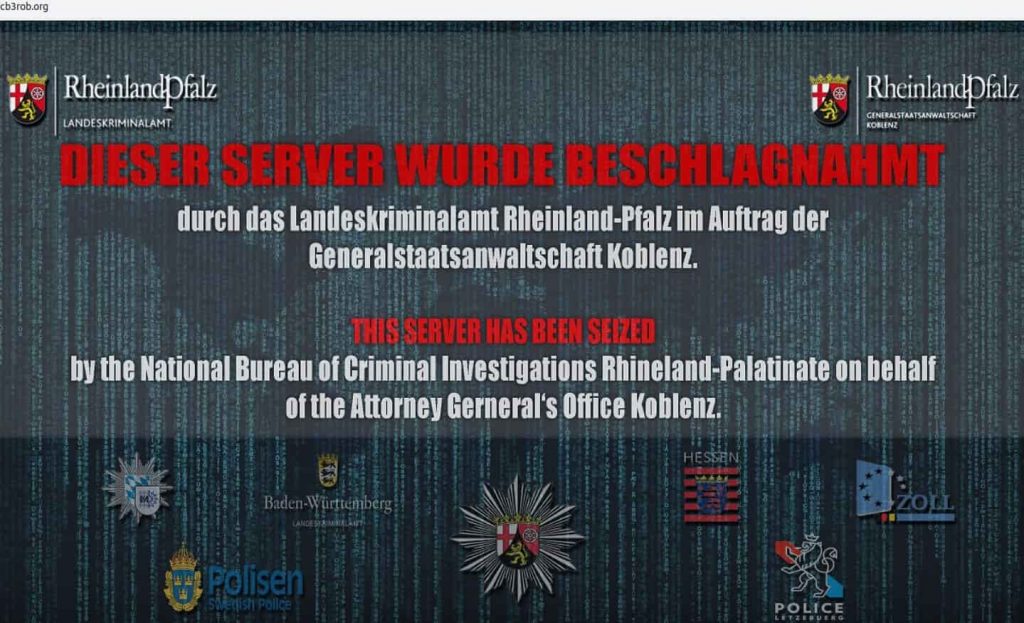 Homepage left by authorities on cb3rob.

In a press briefing, Prosecutor Juergen Bauer said that 13 people aged 20 to 59 are currently under investigation including three German and seven Dutch citizens. It is worth noting that authorities in Luxembourg, Netherlands and Poland also carried out separate raids related to the operation. It is unclear if any arrest was made.

The 59-year-old Dutchman man whose name has not been shared is believed to be the owner of the bunker who reportedly setup “bulletproof hoster” to run illegal content in the data center. 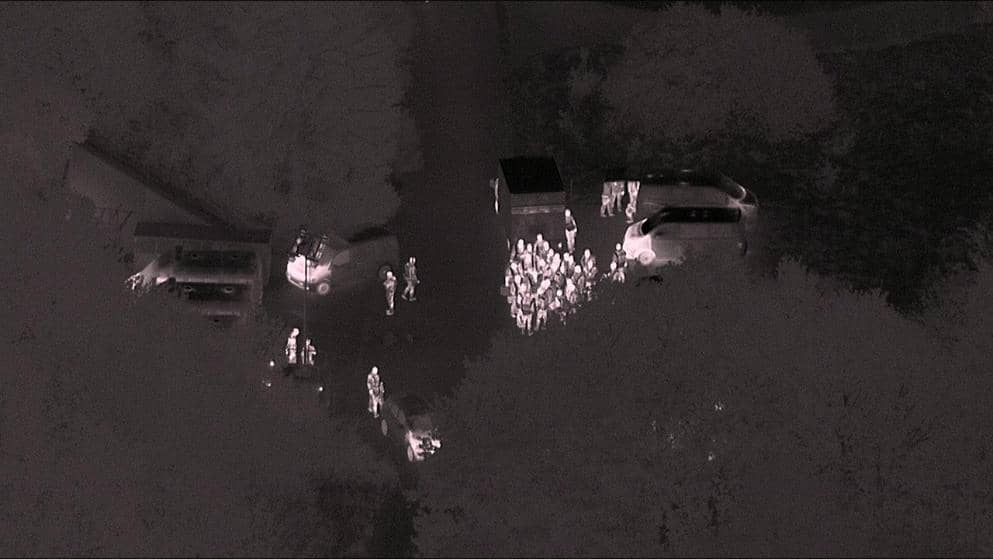 Regional criminal police chief Johannes Kunz said that “I think it’s a huge success … that we were able at all to get police forces into the bunker complex, which is still secured at the highest military level. “We had to overcome not only real, or analog, protections; we also cracked the digital protections of the data center,” Kunz said.

There is a trove of data stored on the servers seized by authorities and it may take years for them to analyze it. Meanwhile, prosecutors are gearing up for starting proceedings against the culprits arrested by German police. Stay tuned.

The ransomware took The Weather Channel’s live transmission offline for almost an hour.