New evidence amidst the ongoing probe into the espionage campaign targeting SolarWinds has uncovered an unsuccessful attempt to compromise cybersecurity firm Crowdstrike and access the company’s email.

The hacking endeavor was reported to the company by Microsoft’s Threat Intelligence Center on December 15, which identified a third-party reseller’s Microsoft Azure account to be making “abnormal calls” to Microsoft cloud APIs during a 17-hour period several months ago.

Although there was an attempt by unidentified threat actors to read email, it was ultimately foiled as the firm does not use Microsoft’s Office 365 email service, CrowdStrike said.

The incident comes in the wake of the supply chain attack of SolarWinds revealed earlier this month, resulting in the deployment of a covert backdoor (aka “Sunburst”) via malicious updates of a network monitoring software called SolarWinds Orion.

Since the disclosure, Microsoft, Cisco, VMware, Intel, NVIDIA, and a number of US government agencies have confirmed finding tainted Orion installations in their environments. 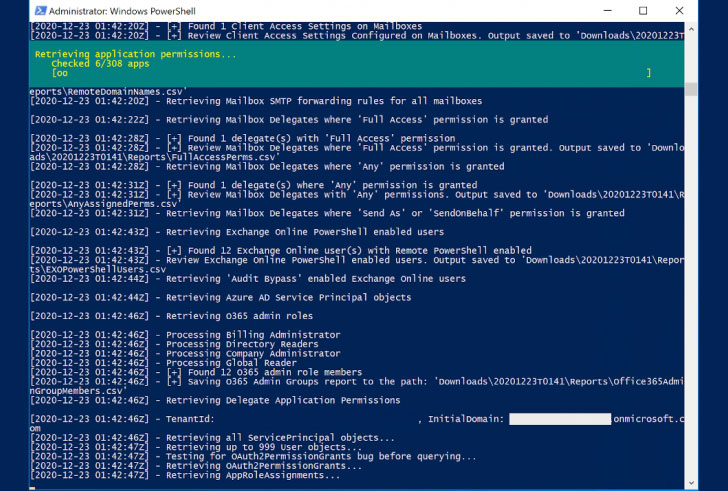 The development comes a week after the Windows maker, itself a SolarWinds customer, denied hackers had infiltrated its production systems to stage further attacks against its users and found evidence of a separate hacking group abusing Orion software to install a separate backdoor called “Supernova.”

It also coincides with a new report from The Washington Post today, which alleges Russian government hackers have breached Microsoft cloud customers and stolen emails from at least one private-sector company by taking advantage of a Microsoft reseller that manages cloud-access services.

We have reached out to Microsoft, and we will update the story if we hear back.

In addition, the US Cybersecurity Infrastructure and Security Agency (CISA) has separately created a similar open-source utility called Sparrow to help detect possible compromised accounts and applications in Azure or Office 365 environments.

“The tool is intended for use by incident responders and is narrowly focused on activity that is endemic to the recent identity- and authentication-based attacks seen in multiple sectors,” CISA said.

For its part, SolarWinds has updated its security advisory, urging customers to update Orion Platform software to version 2020.2.1 HF 2 or 2019.4 HF 6 to mitigate the risks associated with Sunburst and Supernova vulnerabilities.